Developed in partnership with leading analytics and advice firm Gallup, the Hologic Global Women’s Health Index is an unprecedented, in-depth examination of critical markers for women’s health, by country and territory, and over time. Its findings are based on the experiences of more than 60,000 women and girls from 116 countries and territories, captured in more than 140 languages. Conducted as part of the Gallup World Poll, which began in 2005, the Hologic Global Women’s Health Index represents the feelings and actions of approximately 2.5 billion women and girls.

Based on responses from the 120,000 total individuals surveyed, women’s health needs are not being met globally. The global score was 54 out of 100 on the Index, and no one country or territory scored more than 69. Country and territory rankings can be found here. Notably, 40% of those surveyed - equating to about a billion women and girls - said they had not talked to a healthcare professional in the last year, while approximately 60% - about 1.5 billion - were not tested for four common diseases that affect women’s health.

“Women’s health is the cornerstone of families, communities, societies and economies,” said Steve MacMillan, Hologic’s Chairman, President and Chief Executive Officer. “As a leader in the early detection, diagnosis and treatment of women’s health issues, we know firsthand that measurement is the key to improvement. We saw a clear need for more robust, quality data to track and measure women’s health on a global level — particularly as COVID-19 has worsened longstanding healthcare disparities. The Hologic Global Women’s Health Index is the first global survey that uniquely draws from women’s perspectives to determine priorities.”

The Hologic Global Women’s Health Index provides an actionable, science-backed data roadmap for improving life expectancy and quality of life for women and girls worldwide. To help countries and territories determine a strategy for ensuring a healthy future for women, the Index identifies five dimensions of women’s health that explain more than 80% of women’s average life expectancy at birth: Preventive Care, Opinions of Health and Safety, Emotional Health, Individual Health and Basic Needs. In the Index, countries and territories are ranked across each of these five dimensions, then those scores are combined to create an overall ranking. Positive improvements on any of the five dimensions could potentially help women live healthier, longer lives.

“In line with critical UN Sustainable Development Goals and the UN General Assembly theme of ‘Building Resilience Through Hope,’ we urge global healthcare and government leaders to use this data and the five dimensions to guide the development of actionable and measurable plans and investments that prioritize women’s health,” said MacMillan.

While the Hologic Global Women’s Health Index was initiated before COVID-19 affected the world, the pandemic and its effects on the already precarious state of women’s healthcare — including postponed or canceled preventive care examinations, increased poverty levels, and insufficient access to medical facilities and education — have created a more urgent need for world leaders and policymakers to prioritize women’s health.

“The COVID-19 pandemic has both exacerbated and shed light on longstanding gaps in access and quality of healthcare,” said Vipula Gandhi, Senior Managing Partner at Gallup. “The Index provides a baseline from which we can measure the state of women’s health globally. We hope this study will serve as a call to action for world leaders and policymakers as they navigate the global recovery.”

Hologic is committed to conducting the Global Women’s Health Index on a regular basis so world leaders can take action. This commitment builds on Hologic’s more than 30 years of championing women’s health around the world through its products for breast and cervical cancer screening, infectious disease detection, and gynecologic surgery, and its partnerships with numerous global initiatives promoting better access to healthcare.

In this first year of the Hologic Global Women’s Health Index, no single country or territory scored more than 69 out of 100. Generally, most countries and territories that lead the world on the Index also lead the world in how much of their wealth they invest back into their health systems, including Austria, Switzerland and Norway. Overall, while women in high-income countries and territories were only 17% of the women surveyed in the Index, they collectively have at least a seven-point lead on the Index over all other women globally.

“Preventive measures are a crucial first step to combating diseases and infections affecting life expectancy and fertility in women,” said Susan Harvey, MD, Vice-President of Global Medical Affairs, Hologic. “Failing to ensure women get routine testing for cancers, sexually transmitted diseases and infections, and cardiometabolic diseases can lead to larger complications that would otherwise be preventable if monitored or treated early.”

While international testing standards differ, the Hologic Global Women’s Health Index found that within the past 12 months, more than 1.5 billion women were not tested for any of four critical diseases for women: cancer, diabetes, high blood pressure and sexually transmitted diseases/infections (STDs/STIs).

· Just 12% of women worldwide reported being screened for any type of cancer.
· Globally, only about one in five (19%) women reported being screened for diabetes, the sixth leading cause of death for women around the world. In countries and territories with high obesity rates such as the United States, one in three women (34%) reported being tested.
· On average, only one in three women (33%) worldwide had their blood pressure tested despite heart disease being the leading cause of death globally for women and men.
· Fewer than one in nine women (11%) reported being tested for STDs/STIs, which are risk factors for further health issues like HIV, cancer and infertility.

A Holistic Approach to Women’s Health

Collectively, the world in 2020 felt the worst it has in 15 years. Global experiences of worry, stress, sadness and anger continued to rise and set new records. About four in ten women said they experienced worry (40%) and stress (38%) during a lot of the previous day.

Many women surveyed also expressed concerns about their safety and ability to meet basic needs like food and shelter.

Hologic and the Global Women’s Health Index are trademarks and/or registered trademarks of Hologic, Inc., and/or its subsidiaries in the United States and/or other countries and territories.

About the Gallup World Poll

The Gallup World Poll is the most comprehensive and farthest-reaching survey of the world. The survey connects with more than 90% of the world‘s adult population through annual, nationally representative surveys with comparable metrics across countries and territories. Gallup, Inc. works with organizations across multilaterals, NGOs, private foundations, philanthropies and corporations to measure more than 100 crucial issues affecting people’s lives via the World Poll. As a result, the World Poll has become an indispensable tool for global leaders and decision-makers who need to understand the hopes, dreams and behaviors of the people they serve.

This news release may contain forward-looking information that involves risks and uncertainties, including statements about the Company’s plans, objectives, expectations and intentions. There can be no assurance that these efforts will be successful, benefit the Company and its stockholders, or improve over time. Hologic expressly disclaims any obligation or undertaking to release publicly any updates or revisions to any such statements presented herein to reflect any changes in expectations or events, conditions or circumstances on which any such data or statements are based. 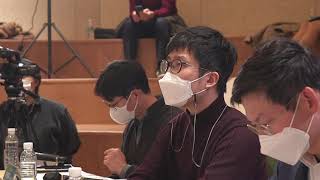 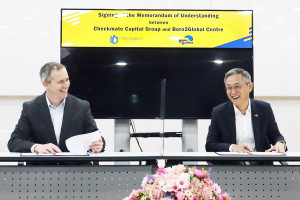