Investigational evobrutinib is the first Bruton’s tyrosine kinase (BTK) inhibitor to complete Phase III clinical trial enrolment in relapsing multiple sclerosis (RMS)
Data from oral presentations at ECTRIMS show evobrutinib has a positive impact on important biomarkers of disease progression
New independent data also presented found that patients treated with MAVENCLAD® (cladribine tablets) had increased antibody IgG titer levels similar to that of the general population after a complete course of an mRNA COVID-19 vaccine
Not intended for UK and U.S. based media

DARMSTADT, Germany--(뉴스와이어) 2021년 10월 05일 -- Merck, a leading science and technology company, today announced enrolment has been completed in the Phase III EVOLUTION RMS clinical trial programme, which is evaluating the efficacy and safety of investigational Bruton’s tyrosine kinase (BTK) inhibitor evobrutinib in patients with relapsing multiple sclerosis (RMS). This milestone comes just ahead of the 37th Congress of the European Committee for Treatment and Research in Multiple Sclerosis (ECTRIMS), taking place virtually from 13-15 October 2021, where 39 abstracts from the Company’s multiple sclerosis (MS) portfolio will be presented. Data will include two oral presentations and a late-breaking ePoster on evobrutinib as well as late-breaking ePosters on MAVENCLAD® (cladribine tablets), including new interim data on patient-reported improvements in quality of life (QoL) and new independent data on MAVENCLAD patients who have received a complete course of an mRNA COVID-19 vaccine.

“The breadth of our data at ECTRIMS, paired with the rapid enrolment in our evobrutinib Phase III EVOLUTION RMS clinical trial programme, further exemplifies a commitment to continue breaking boundaries in the science of MS,” said Danny Bar-Zohar, Global Head of Development for the Healthcare business of Merck. “By generating new data on MAVENCLAD to demonstrate the positive real-life impact it can have for people with RMS, and also on progressing evobrutinib with its dual mode of action targeting both B-cells and innate immune cells in the central nervous system and periphery, we are hoping to address the needs of people with RMS now and in the future.”

· Updated post-approval safety of MAVENCLAD demonstrating consistency of real-world experience with the profile reported in the Phase III and ongoing Phase IV trials, and providing evidence that patients receiving MAVENCLAD do not appear at increased risk of severe COVID-19 outcomes
· In an independent open label study, patients treated with MAVENCLAD were found to increase antibody immunoglobulin G (IgG) titer levels similar to healthy controls after a complete course of an mRNA COVID-19 vaccine
· A new interim analysis from the Phase IV CLARIFY-MS study demonstrating that patients living with RMS reported an improvement in physical and mental health at one year of MAVENCLAD treatment
· Real-world MAVENCLAD data from the MSBase Registry demonstrating adherence to MAVENCLAD and an annualised relapse rate similar to clinical trial data
· Late-breaking data including:
。Long-term Efficacy for Patients Receiving Cladribine Tablets in CLARITY/CLARITY Extension: Primary Results from 9-15 Years of Follow-up in the CLASSIC-MS Study
。Cladribine tablets after treatment with natalizumab (CLADRINA) trial - Interim analyses

· Data from a post-hoc analysis in the Phase II trial with evobrutinib demonstrated a reduction in volume of slowly expanding lesions (SELs), an in-vivo magnetic resonance imaging (MRI) correlate of chronic active inflammation and axonal loss within the central nervous system (CNS), which may be predictive of subsequent clinical disease progression in MS
· Results from the same trial showed that increased levels of blood neurofilament light chain (NfL), a marker of neuronal damage, at baseline were predictive of increased relapse and MRI lesion activity in the study and evobrutinib significantly reduced MRI and relapse outcomes
· Safety profile characterisation of evobrutinib in over 1000 patients from Phase II clinical trials in MS, rheumatoid arthritis and systemic lupus erythematosus demonstrating that overall evobrutinib treatment (all doses) was generally well tolerated across indications and elevations in liver enzymes were asymptomatic and reversible

To keep up-to-date with our activities at ECTRIMS, along with future data and information, visit merckneurology.com/newsroom or follow us on Twitter @MerckHealthcare and LinkedIn: Healthcare Business of Merck #ECTRIMS2021 #MSInsideOut

Below is the full list of Merck-related abstracts accepted for presentation at ECTRIMS 2021:

MAVENCLAD® is a short-course oral therapy that selectively and periodically targets lymphocytes thought to be integral to the pathological process of relapsing MS (RMS). In August 2017, the European Commission (EC) granted marketing authorization for MAVENCLAD® for the treatment of relapsing forms of multiple sclerosis (RMS) in the 28 countries of the European Union (EU) in addition to Norway, Liechtenstein and Iceland. MAVENCLAD® has since then been approved in over 80 countries, including Canada, Australia and the U.S. Refer to the respective prescribing information for further details.

Rebif® (interferon beta-1a) is a disease-modifying drug used to treat relapsing forms of multiple sclerosis (MS) and is similar to the interferon beta protein produced by the human body. The efficacy of Rebif® in chronic progressive MS has not been established. Interferon ß is thought to help reduce inflammation. The exact mechanism is unknown.

Rebif®, which was approved in Europe in 1998 and in the US in 2002, is registered in more than 90 countries worldwide. Rebif® has been proven to delay the progression of disability, reduce the frequency of relapses and reduce MRI lesion activity and area[*].

Rebif® should be used with caution in patients with a history of depression, liver disease, thyroid abnormalities and seizures. Most commonly reported side effects are flu-like symptoms, injection site disorders, elevation of liver enzymes and blood cell abnormalities. Patients, especially those with depression, seizure disorders, or liver problems, should discuss treatment with Rebif® with their doctors.

[*] The exact correlation between MRI findings and the current or future clinical status of patients, including disability progression, is unknown.

Rebif® (interferon beta-1a) is approved in the United States for relapsing forms of MS.

Evobrutinib (M2951) is in clinical development to investigate its potential as a treatment for multiple sclerosis (MS). It is an oral, highly selective inhibitor of Bruton’s tyrosine kinase (BTK) which is important in the development and functioning of various immune cells including B lymphocytes and macrophages. Evobrutinib is designed to inhibit primary B cell responses such as proliferation and antibody and cytokine release, without directly affecting T cells. Evobrutinib is currently under clinical investigation and not approved for any use anywhere in the world.

Multiple sclerosis (MS) is a chronic, inflammatory condition of the central nervous system and is the most common non-traumatic, disabling neurological disease in young adults. It is estimated that approximately 2.8 million people have MS worldwide. While symptoms can vary, the most common symptoms of MS include blurred vision, numbness or tingling in the limbs and problems with strength and coordination. The relapsing forms of MS are the most common.

Merck in Neurology and Immunology

Merck has a long-standing legacy in neurology and immunology, with significant R&D and commercial experience in multiple sclerosis (MS). The company`s current MS portfolio includes two products for the treatment of relapsing MS - Rebif® (interferon beta-1a) and MAVENCLAD® (cladribine tablets). Merck aims to improve the lives of patients by addressing areas of unmet medical needs. In addition to Merck`s commitment to MS, the company also has a pipeline focusing on discovering new therapies that have the potential in other neuroinflammatory and immune-mediated diseases, including systemic lupus erythematosus (SLE).

All Merck Press Releases are distributed by email at the same time they become available on the Merck Website. Please go to www.merckgroup.com/subscribe to register online, change your selection or discontinue this service.

Merck, a leading science and technology company, operates across healthcare, life science and electronics. Around 58,000 employees work to make a positive difference to millions of people’s lives every day by creating more joyful and sustainable ways to live. From advancing gene-editing technologies and discovering unique ways to treat the most challenging diseases to enabling the intelligence of devices - the company is everywhere. In 2020, Merck generated sales of € 17.5 billion in 66 countries.

Scientific exploration and responsible entrepreneurship have been key to Merck’s technological and scientific advances. This is how Merck has thrived since its founding in 1668. The founding family remains the majority owner of the publicly listed company. Merck holds the global rights to the Merck name and brand. The only exceptions are the United States and Canada, where the business sectors of Merck operate as EMD Serono in healthcare, MilliporeSigma in life science and EMD Electronics. 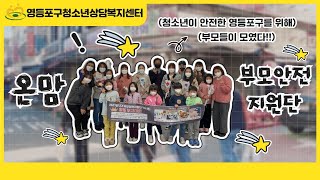 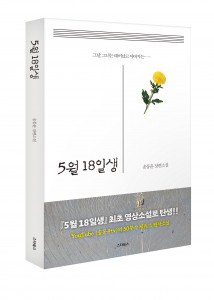