Any Fan of the Webtoon Can Participate, Original Fanart/Webtoon Available for Submission
Gold Prize (1 person) and Silver Prize (2 people) Will Be Awarded KRW 5 Million and KRW 2 Million, respectively 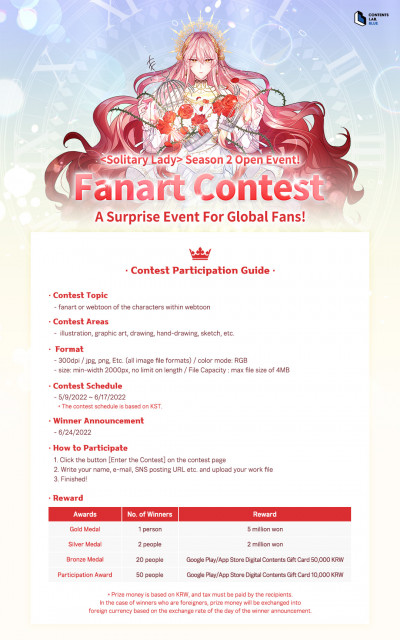 Contents Lab. Blue is hosting a fanart contest in celebration of the beginning of ‘Solitary Lady’ season 2.

Winners will be announced on June 24 through a notice on the website, and Gold Prize (1 person) will be awarded KRW 5 million and Silver Prize (2 people) will be awarded KRW 2 million. In addition, the host company will award Bronze Prize (20 people) and Participation Award (50 people) with Google Play/App Store Digital Content Gift Cards.

Meanwhile, webtoon ‘Solitary Lady’, a romance fantasy webtoon that is adapted from a novel of the same name, has a large fandom. The female lead Hillis, who returns to life over and over again even after death, is rejected by her family for the sole reason that her mother died while giving birth to her. She, who has been betrayed even by her lover, plans for revenge using the power that has been inherited to her through her family lineage. Season 2 of ‘Solitary Lady’ deals with her tragic fate and the secret surrounding the four families, carrying on with its high popularity with every episode that draws readers’ attention. 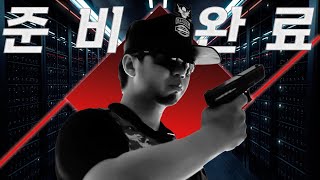 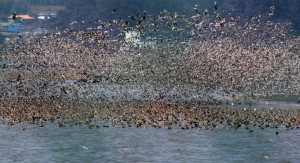